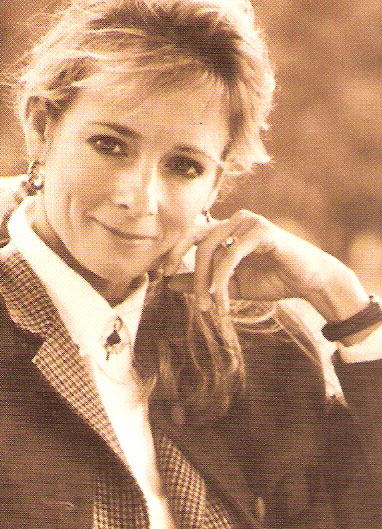 There is all immediate feeling of contentment when you see Trisha's work for the first time; an unexplainable peace which seems to permeate from the very soul of her art. Perhaps it's her ability to capture the simplicity of everyday life, or the gentle  nuances of newly fallen snow. It is through these works of art which leaves us spiritually restored and renewed. The world that Trisha paints is her world - her family, her home, beloved landscapes and buildings and the serenity of l1lany of her paintings  is true to life.

Bam in 1951 and blessed at an early age with a recognizable talent and n burning desire to pursue art, Trisha knew that this may not be the "road to riches" but indeed it was the "road to happiness". To the humble artist from a small town in Western New  York this was a vital ingredient to inspiration.

Two years of tenting around Europe, visiting every national museum, and experiencing all the wonders of the art world was an education that surpassed the two year formal training received through Sheridan Art College in Oakville, Ontario. To this  adventurous artist, every temporary place called "home" was not ony another chapter ill her well kept journal - but another sketch to be later transformed into a painting!

Upon her return from her last "home" in beloved Sweden, she met Gary Peterson, the very person who discovered not only a personal love for her work but had the vision and belief that this was something to be shared. And so, with his care and direction,  Trisha's originals were exhibited throughout many shows in Canada, each one more successful than the last. After two years, this great teamwork became a marriage and with the birth of their first child, Nathan, all paintings seemed to take on a new  commitment. A new life, as it were, for colour, light and a dimension of love. And so it was through the birth of Tanya and Whitney, and the interaction of little lives at play, that the ultimate resource of motherhood was fortified.

Trisha has been honoured by many awards throughout her career including the 1995 Canadian Artist of the Year,  and most recently by her investment into The Order of Ontario. The popularity of Trisha's paintings continues to grow, exceeding her ability to  supply the demand.  Since 1980, limited edition reproductions have sold out as quickly as they were released. Collectors from all over the globe have now been touched by her romantic images, and with two published books' au her life, limited edition figurines and 1I10st recently, collectable plates, we are forllll1ate to be able to enjoy her work for many years to come. 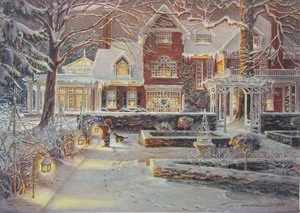 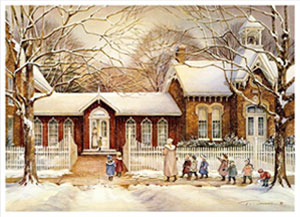 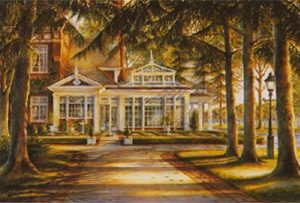 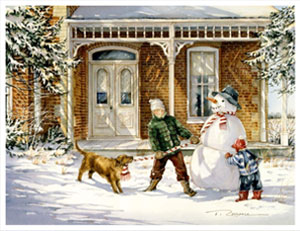 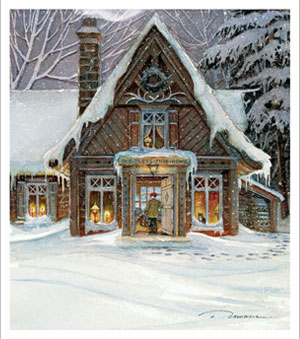 The Blessings Of Home 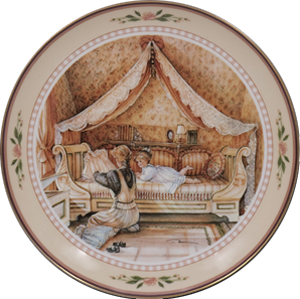 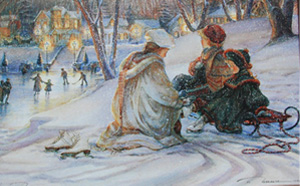 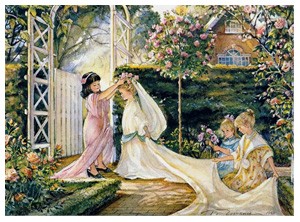 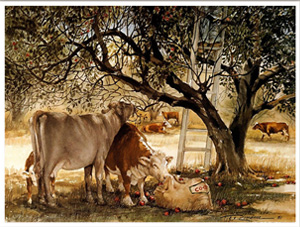 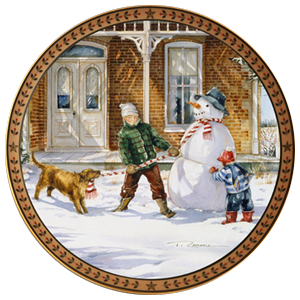 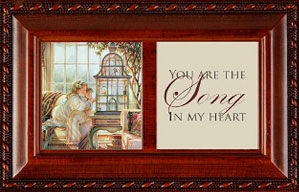